There was and is no more predestined location than the Kunstmuseum Moritzburg Halle (Saale) for this exhibition! On the one hand, Willi Sitte spent most of his life in the city on the Saale, and on the other, with its 2017/18 collection presentation Paths of Modernism. Art in Germany in the 20th Century, the museum demonstrates how a factual and objective presentation can successfully contribute to the discussion of art in the GDR.

Click here for the virtual tour of "Art in the Soviet Zone/GDR between 1945 and 1990" with works by Willi Sitte. 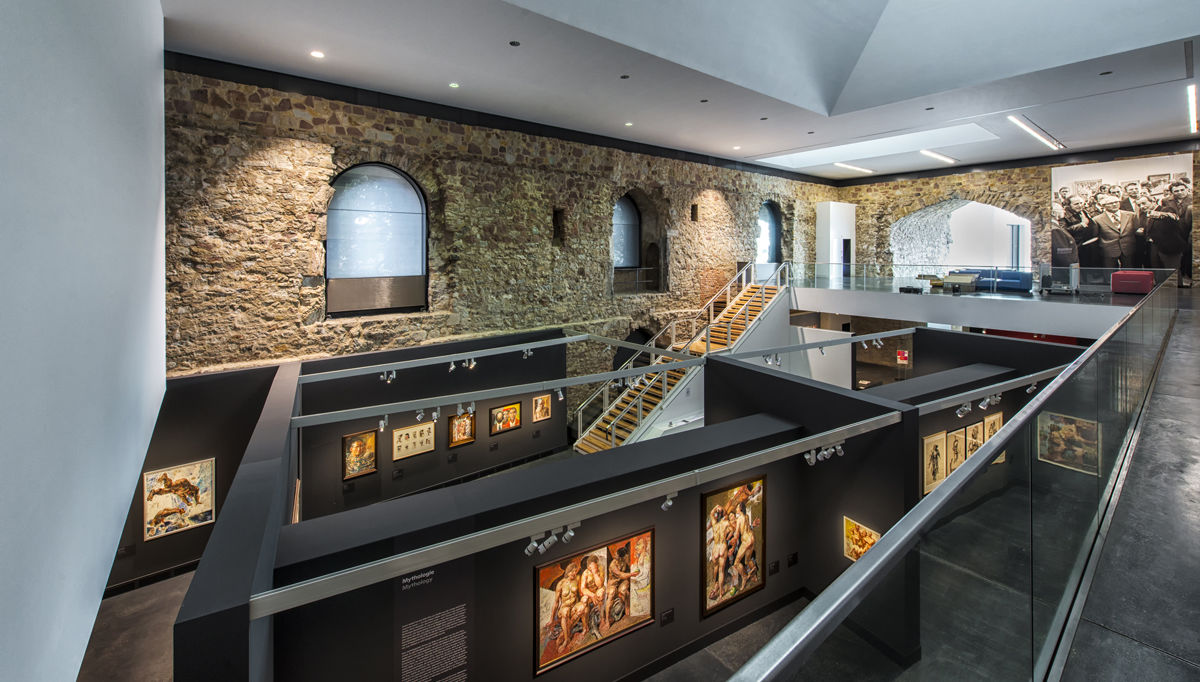 The exhibition extended over two levels in the entire west wing of the Moritzburg. On the first floor, the actual retrospective presentation of the entire œuvre took place on approx. 1100 sqm. A largely chronological parcours was divided into thematic clusters. A central space was taken up by the works of the 1940s to 1960s, which were the decisive years of Willi Sitte's development – both artistically and in his relationship to the state and the party. 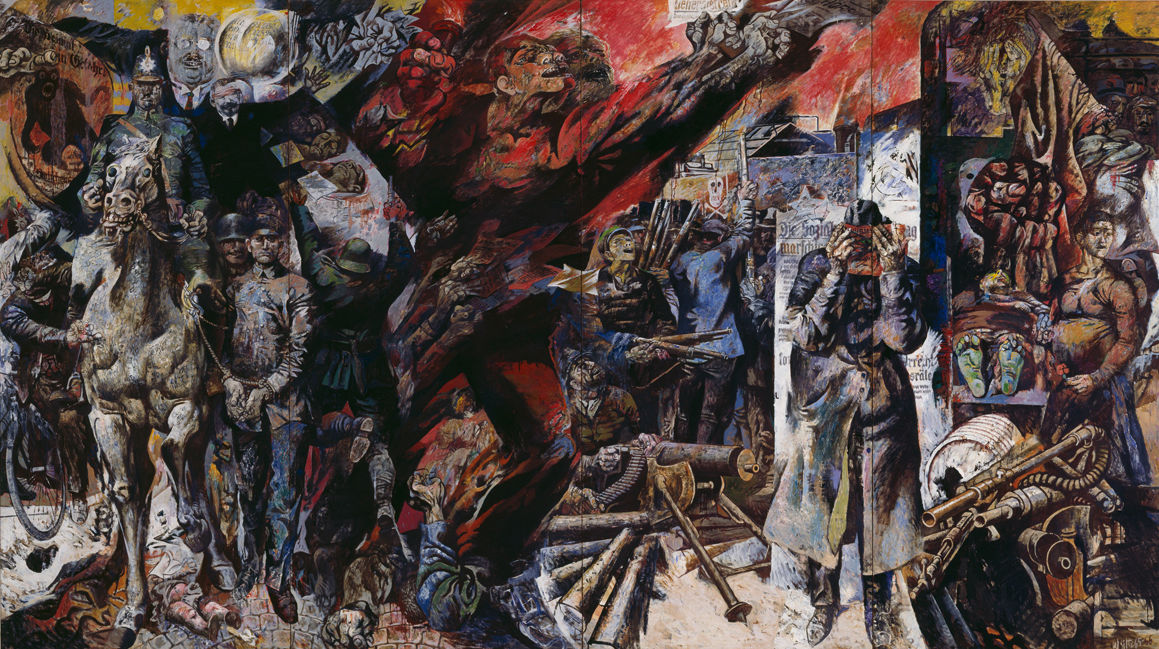 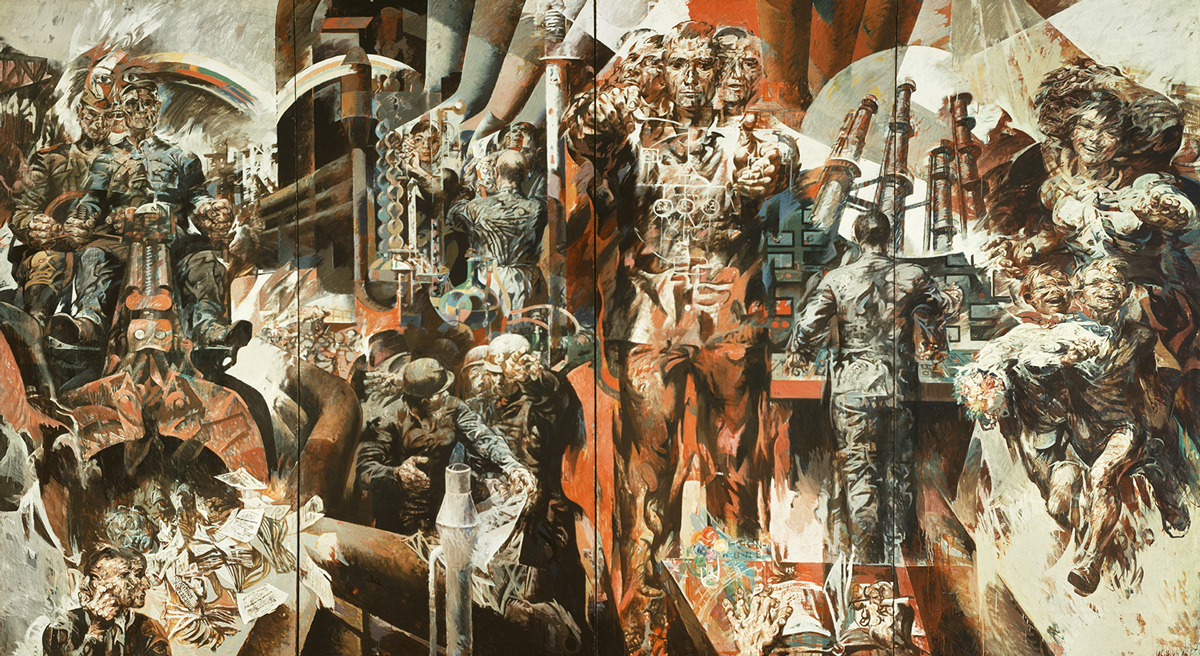 The large exhibition space on the 2nd floor brought together a dozen of the artist's large-format programme paintings from the 1950s to the 1980s, works such as:

In another segment between the two parts of the exhibition, the cultural politician Willi Sitte, as President of the Association of Visual Artists, was available for discovery and discussion. 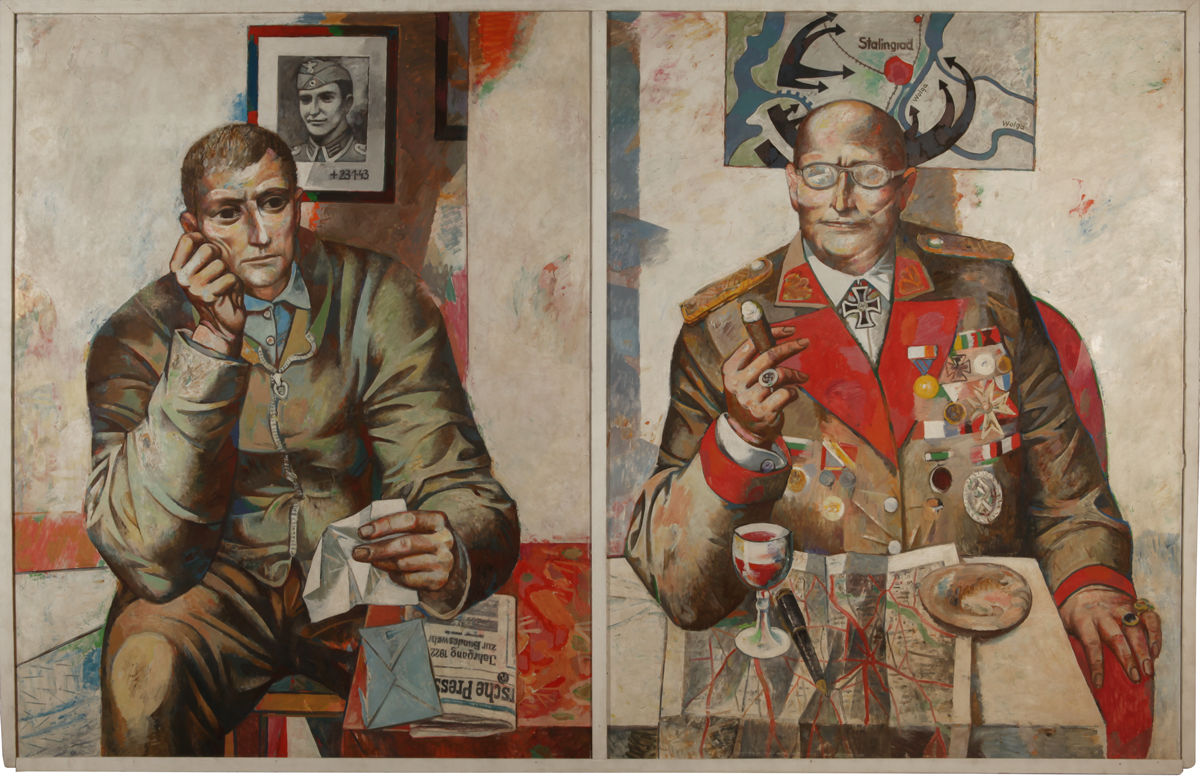 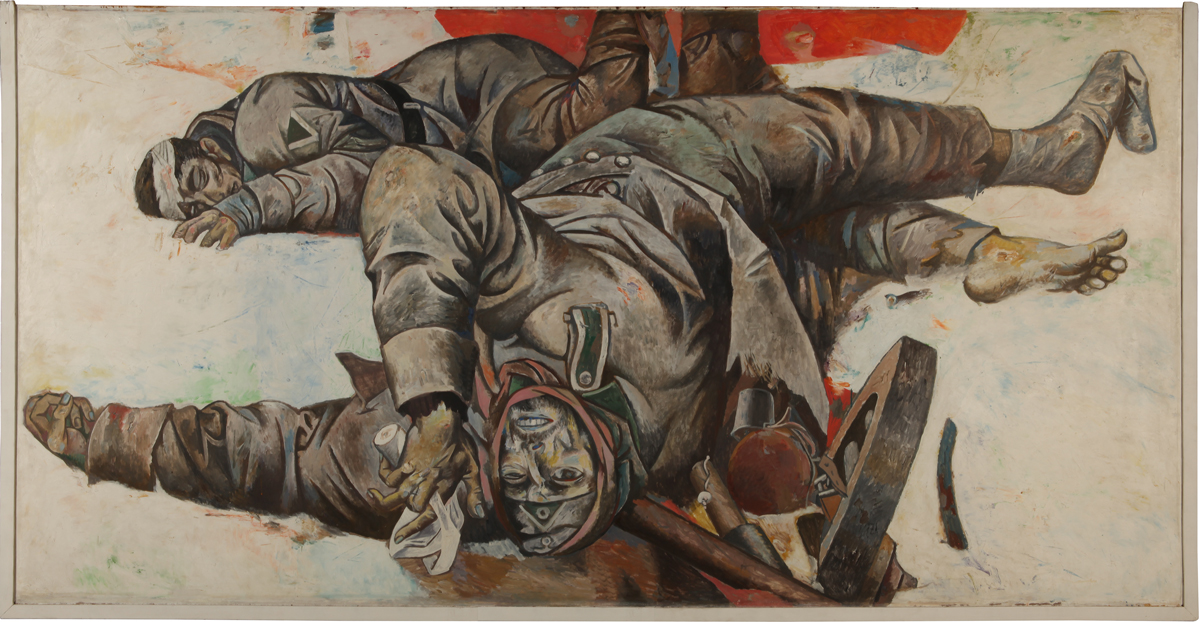 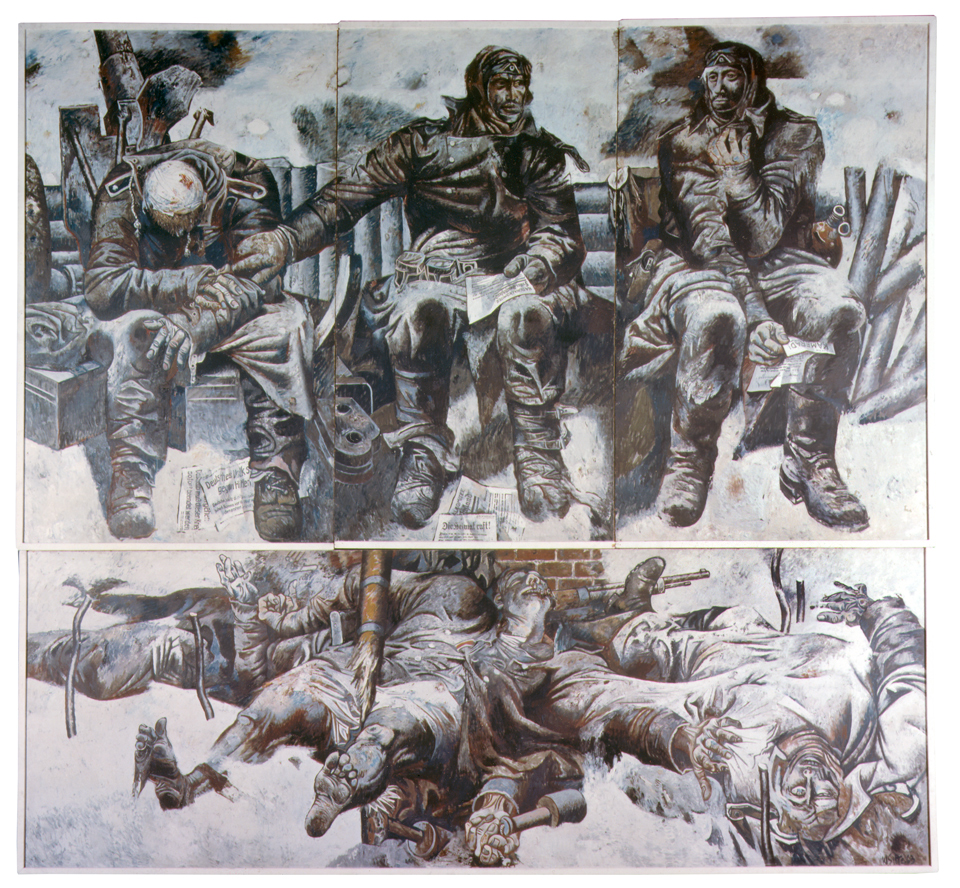 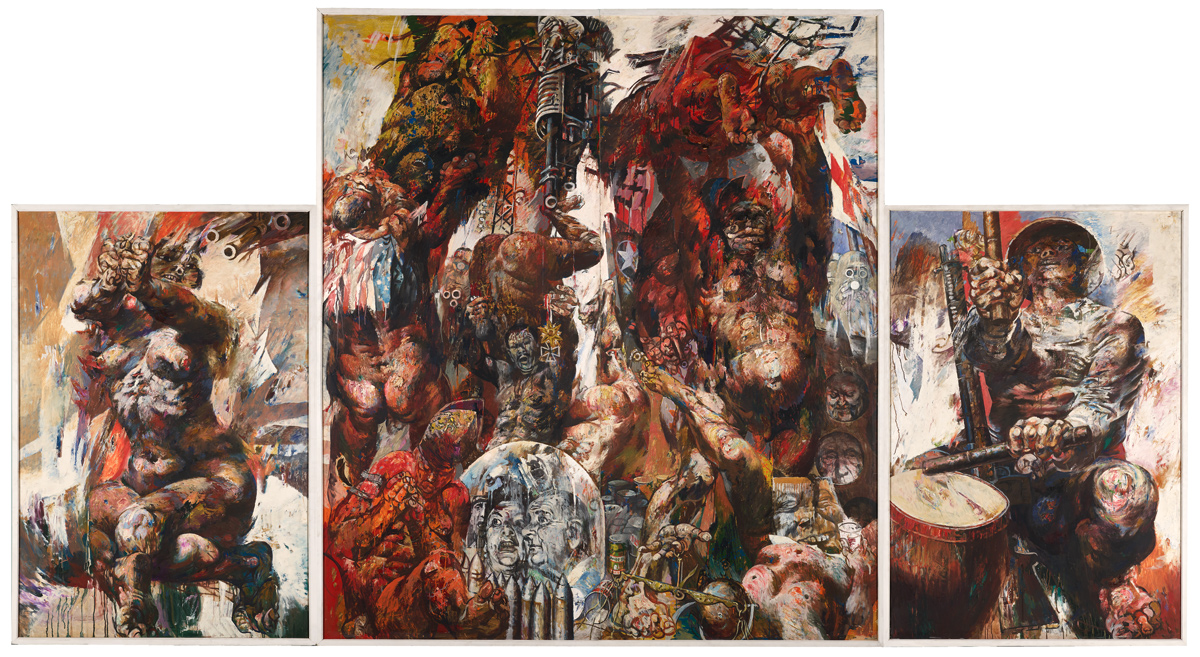 The exhibition considers itself decidedly a part of the reappraisal of the art and cultural system in the GDR. Thus, 30 years after reunification, the project represented an important contribution to coming to terms with Willi Sitte's art, which was apostrophised as state art.

On the basis of representative works from public and private collections in Germany and abroad, Sitte's development in the sense of Socialist Realism as well as in contradiction to it became visible. The works on display were based on the representative collection of the Kunstmuseum Moritzburg Halle (Saale), works from the artist's estate and important loans from the Nationalgalerie of the Staatliche Museen zu Berlin and the Museum der bildenden Künste in Leipzig.

With the friendly support of

The exhibition will be on view in an adapted version at the Museum de Fundatie in Zwolle, the Netherlands, in 2023.

The museum will be closed for important maintenance and renovation work from 9 January—24 February 2023.

On 25 Feb­ruary, the permanent exhibition will be open again. It will be possible to visit the whole museum (including temporary exhibitions) again as of 26 February 2023.

Our website uses cookies, which are essential for the website to function properly and to enable us to further improve our content for you. Pseudonymised data is collected and evaluated for this purpose. You can withdraw your consent to the use of these cookies at any time. Further information can be found in our privacy policy and legal notice.